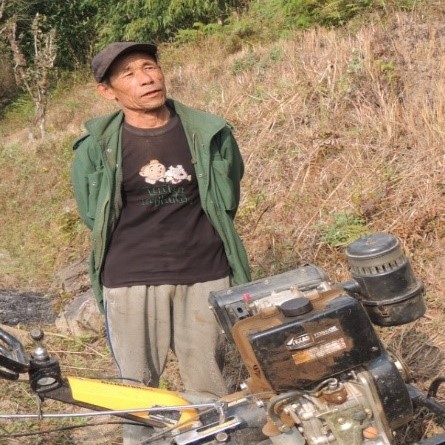 Mr. Purna Bahadur Subba 61 years old man from Tsirang Dzongkhag says he generates enough income from his power tiller that he had availed from RENEW Microfinance . People in the community hires his power tiller every day. When he doesn’t have time, his youngest son who had completed his high school helps operate the power tiller.The power tiller had helped not only him and his wife to grow enough cash crops and food crops but also the society in Tsirang Dzongkhag. Mr. Purna Bahadur Subba says he is very thankful to RENEW Microfinance Pvt.Ltd.